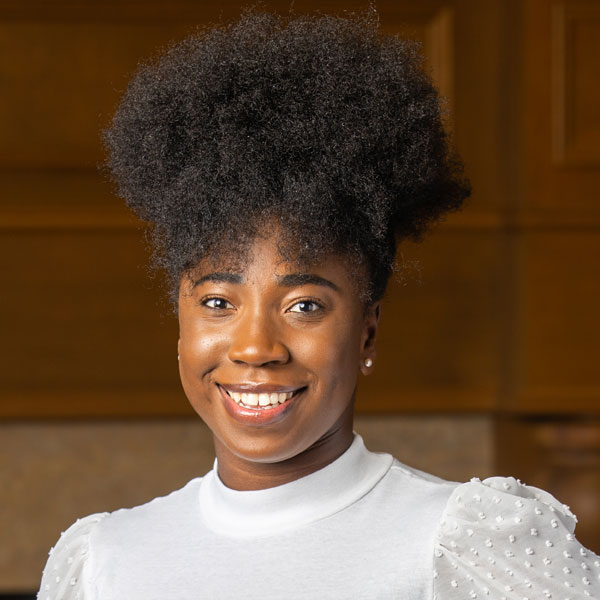 Ophelia Akoto is from Arkadelphia, Arkansas and is a Master’s degree student at the Clinton School of Public Service. Akoto has already earned a MBA from the University of Central Arkansas, as well as a Bachelor’s degree in Business Administration from Henderson State University.

As a graduate research fellow at the Newport Economic Development Commission, Akoto has conducted extensive research on the barriers preventing women from participating in the labor force in Newport, Arkansas, and has provided recommendations to bridge those barriers she identified. Akoto also co-founded the JOPHE Foundation, an NGO in Ghana that seeks to inspire hope, educate teenagers, and donate to less privileged communities. The organization also seeks to inspire women leadership and mentorship at an early age.